TALK TO AN EXPERT & BOOK

Along the shores of the Ottawa River, you’ll come face to face with the capital of Canada where a warm Canadian welcome awaits you. Politics and pageantry abound in this city known for its year-round festive flair. Ottawa is the seat of Canada’s federal government. It’s the political centre of Canada, home to international dignitaries and the site of world-class museums and galleries galore, satisfying every interest.

Cruising along the Ottawa River you’ll find yourself situated directly between predominantly English-speaking Ontario and French-speaking Quebec, basking in a unique blend of Canada’s founding cultures. Cruising in either direction, you will experience the many faces, stages, and attractions of the St. Lawrence River. A dynamic international waterway whose deep-draft navigation route is an essential lifeline between North America and overseas trade centres. 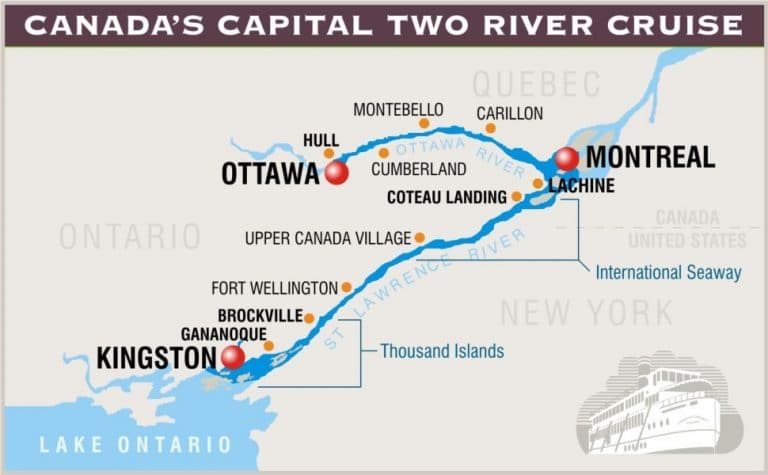 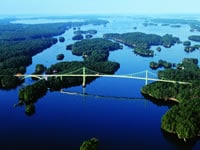 This cruise will take you to witness the island paradise and natural and man-made charm of the archipelago. 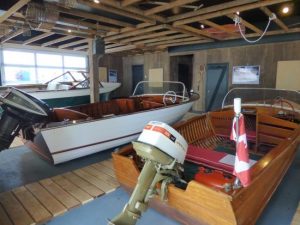 The 1000 Islands Boat Museum is a hands-on Museum where history becomes something that can be touched, built, and experienced. The Museum includes a Boatbuilding Shop, an Activity Center, and Exhibit Galleries. 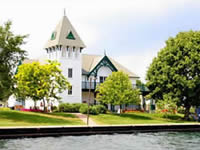 On Gananoque’s waterfront there’s a grand Victorian building designed in the tradition of the late 19th century two storey “grand cottage”. This museum is dedicated to interpreting the history, geology, ecology, and culture of the 1000 Islands region. 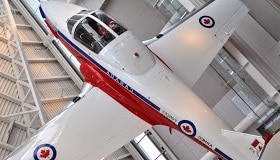 Located on a former military air base, the Canadian Aviation and Space Museum focuses on aviation in Canada from its beginnings in 1909 to today. Your journey through Canada’s aviation and space history will traverse the early days of flight to the future of space exploration. 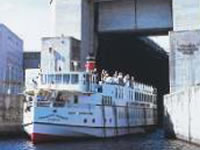 The lock at the Carillon Lock and Power Station is an impressive piece of engineering. Built between 1959 and 1964 this complex lock is a power station, powerhouse-dam and navigation lock in one. 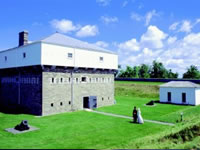 The first Fort Wellington was built during the war of 1812 high above the St. Lawrence River at Prescott. The second Fort Wellington, still standing today, was built as a result of the Upper Canada Rebellion of 1837-38. Today, Fort Wellington is a national historic site, and is now administered by Parks Canada. 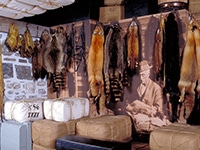 Located to the west of the Island of Montréal, the Fur Trade Museum at Lachine site is a testimony to the culmination of the fur industry in the Montréal region in the 18th and early 19th centuries. 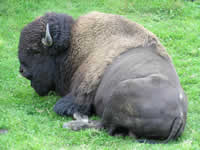 A visit to Omega Park encourages the observation of earth and nature and all its wonders. In the comfort and safety of a utility bus, you will explore 10 kilometers of the beautiful, natural landscape of a Laurentian forest coming face-to-face with many species of Canada’s wild animals 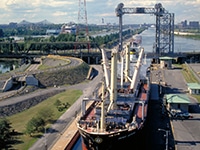 All locks on the Seaway are similar in size. In width they are 80 feet; the depth over the sill is 30 feet; and the length - that is breast gate to fender - is 766 feet. Ships can be raised or lowered from 45 feet to 49 feet depending on the season of the year. 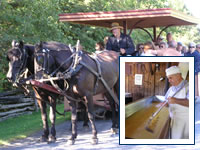 Upper Canada Village is a living museum community that recreates the life, work, and development of the early settlements along the upper St. Lawrence River valley. It is representative of rural eastern and Upper Canada from 1784 to 1867 when agriculture was fundamental to the province's existence.

Join us as we kick off the 2023 cruise season with 7 nights and 8 days of fresh spring air on the St. Lawrence River and watch the flora and fauna of the river spring to life. This cruise features a unique itinerary and travels from Kingston to Montreal and Return for 7 nights at a special 6 night rate. Starting at $2994 CAD per person.

New For 2023! Cruise with us in the heart of the summer for 7 nights and 8 days of relaxation on the St. Lawrence River. This cruise travels from Kingston to Montreal and Return, and features a unique itinerary that highlights the history of the International Seaway. During this time of year the river bustles with lake freighters and pleasure boats.

Cruise with us for 7 nights and 8 days of warm summer weather on the beautiful and historic St. Lawrence River. This cruise will explore the Thousand Islands region and retrace the routes of early Upper Canada explorers. Learn about the history of the early trade route between Kingston and Montreal.

Experience the beauty of Quebec and the richness of French Canadian culture on this cruise as your ship passes through all 7 of the St. Lawrence Seaway locks. This cruise vacation includes 6 nights 7 days on Canada's showpiece, the St. Lawrence River, between Quebec City and Kingston, Ontario.

Start or end your cruise vacation in Canada's capital of Ottawa. The historic significance of the lower Ottawa River coupled with the amazing 1000 Islands and St. Lawrence Seaway makes this 5 night, 6 day cruise an unforgettable voyage.

Come and explore the beauty and the history of the St. Lawrence River and the 1000 Islands for 4 nights and 5 days. Marvel at the intricate passages and channels of this amazing archipelago of 1870 islands known as the 1000 Islands.

As Autumn unfolds, the shore and islands ignite with a blaze of colour and travellers come from far and wide to take part in this parade of colour for 7 Nights and 8 Days. The comibination of fall colours and the invigorating river climate makes this our most popular cruise vacation. Starting at $3645 CAD per person. .

New for 2023! This cruise features the best of the St. Lawrence and Ottawa Rivers with a unique itinerary that includes the celebration of Canada's birthday and a view of the fireworks on Parliament Hill. Experience the history and culture of both English and French Canada for 5 Nights and 6 Days starting at $2771 CAD per person. Special rates apply for St. Lawrence Cruise Lines alumni.

Save on your next adventure — Discover additional packages & savings on all available cruises.